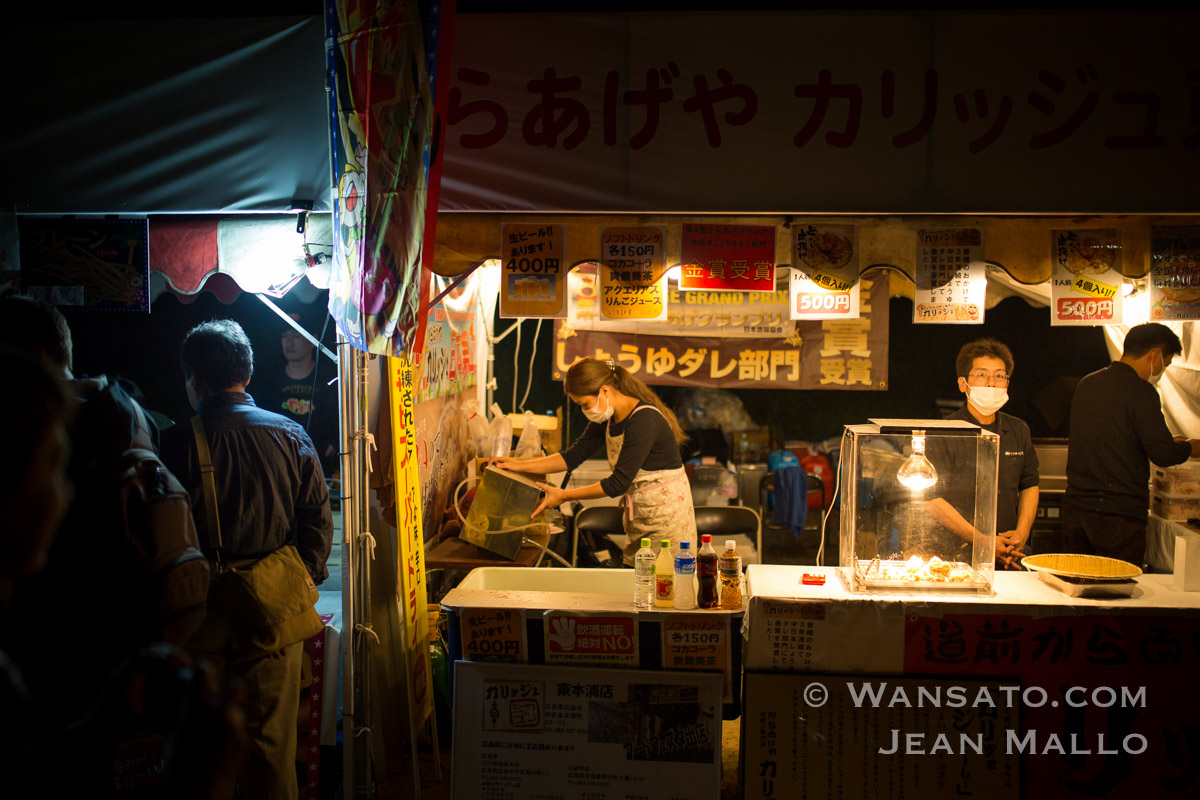 What better way to experience Hiroshima than to attend its Food Festival? All the best dishes of the region are on display. As well as traditional Japanese theatre. All this just a stone’s throw from the famous Hiroshima Castle.

slightly salty smell wafts through the air. A familiar, delicious smell that makes your mouth water and awakens your senses. A smell of grilled food, fried fish, delicately simmered vegetables. No, in an instant, another gust of wind brings sweeter, more exotic connotations. A mixture of products from the land and the sea, no doubt.

In the distance, above the tree tops, several columns of smoke dance with the wind and the dead leaves. The closer we get, the more the smells blend into a sweet perfume whose origin is difficult to understand.

We who only wanted to see the city’s famous castle are pleasantly surprised to be in Hiroshima at the same time as the Food Festival. As the name suggests, the Food Festival is a weekend-long festival where locals and tourists alike can enjoy all kinds of delicacies, whether fried, steamed, salted, sweet, or all kinds of typical dishes mainly from the Hiroshima area. “Producing local and eating local” is the slogan of the Food Festival. Foie gras is no exception to the rule, even if this might surprise many French people. Oysters too, grown not far from Hiroshima and prepared somewhat differently from the French way. But the most popular meal at the Food Festival is the famous Okonomiyaki, a dish containing mainly eggs, wheat flour and dashi that originated in the Hiroshima area, although it is now known and served all over Japan. Strolling between the stalls and discovering new flavours is a real pleasure.

In the evening, in the courtyard of the old Hiroshima Castle, there are performances of Japanese plays. We might as well admit it, the details escape us. But this does not detract from the joy of discovering an important facet of Japanese culture. We sit on the grass, watching the extravagant costumes of the performers. The rest of the Food Festival is to be discovered in pictures.