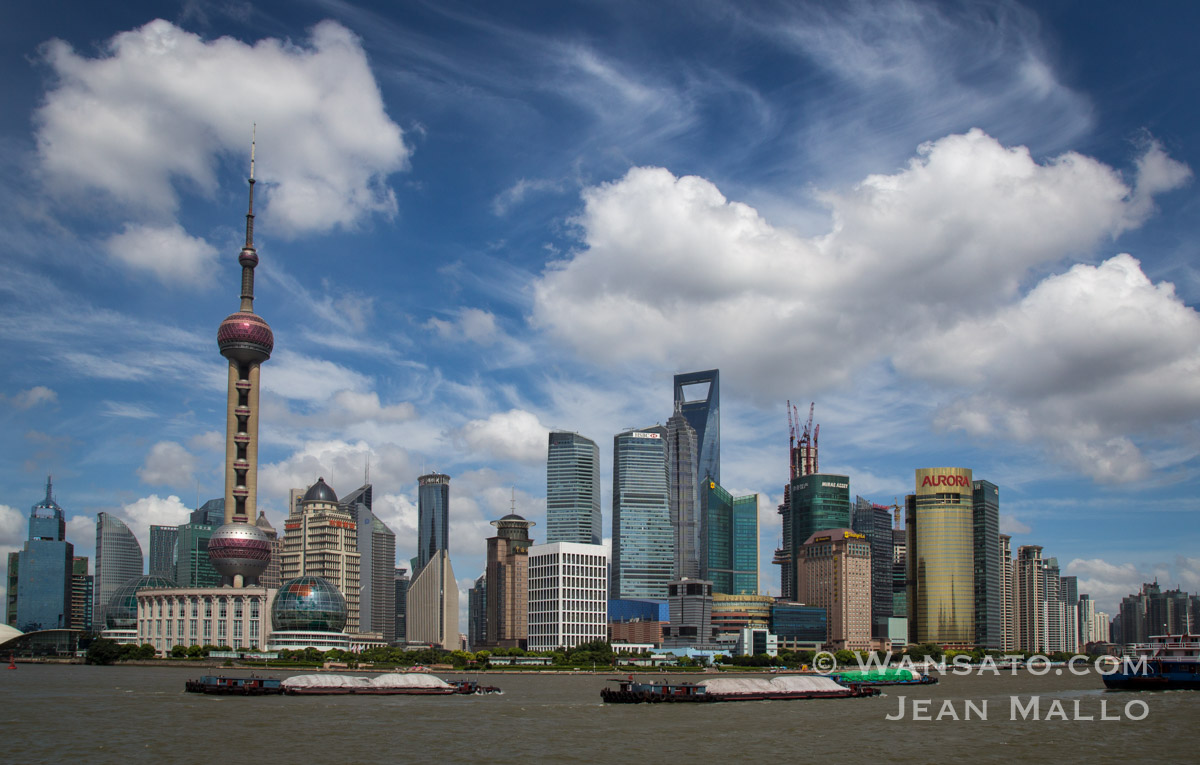 Discovering the Pudong district in Shanghai. In the space of a few years, these swamps have become China’s economic showcase. The difference between the modern skyscrapers of Pudong and the 1930s buildings of the Bund is striking.

he clouds slowly start to creep into the darkness in the distance, while the sun is also declining on the horizon. In front of us are mountains of steel and glass, reflecting the last rays of daylight. Here and there, a few lights come on, proof of the diligence of some people for their work. The famous television tower, the Pearl of the Orient, wakes up and turns red, making its round shapes more voluptuous. At the foot of the incredible tower, a strange sight resembling an advertisement for a new brand of car attracts the crowd. The Pudong district prepares for another night.

Describing Shanghai in a series of images is a difficult, if not impossible, exercise as the city’s rich history is reflected in different parts of the city. Most of Shanghai’s tourist attractions stop at the Bund and Pudong. Yet Shanghai is full of typical neighbourhoods and old streets that seem (for the time being) untouched by the gargantuan madness of property developers and the endless appetite of single-party officials. Pudong is a district that did not exist before the 1990s and very quickly became the icon of Shanghai and is nicknamed today the Manhattan of Shanghai.

A short stay in Shanghai allows you to take the pulse of the world’s largest economy and above all to realise how quickly things are changing in the People’s Republic. So much so that some voices are being raised despite the censorship imposed by the government. Beijing’s goal is to make Shanghai attractive to foreign investors and to impose Shanghai as the leading financial centre in Asia. So much so that, in addition to the rapid modernisation of the city and its infrastructures, the municipality was considering opening up the internet in Pudong for the companies that are based there.

The rest of the district is to be discovered in pictures.