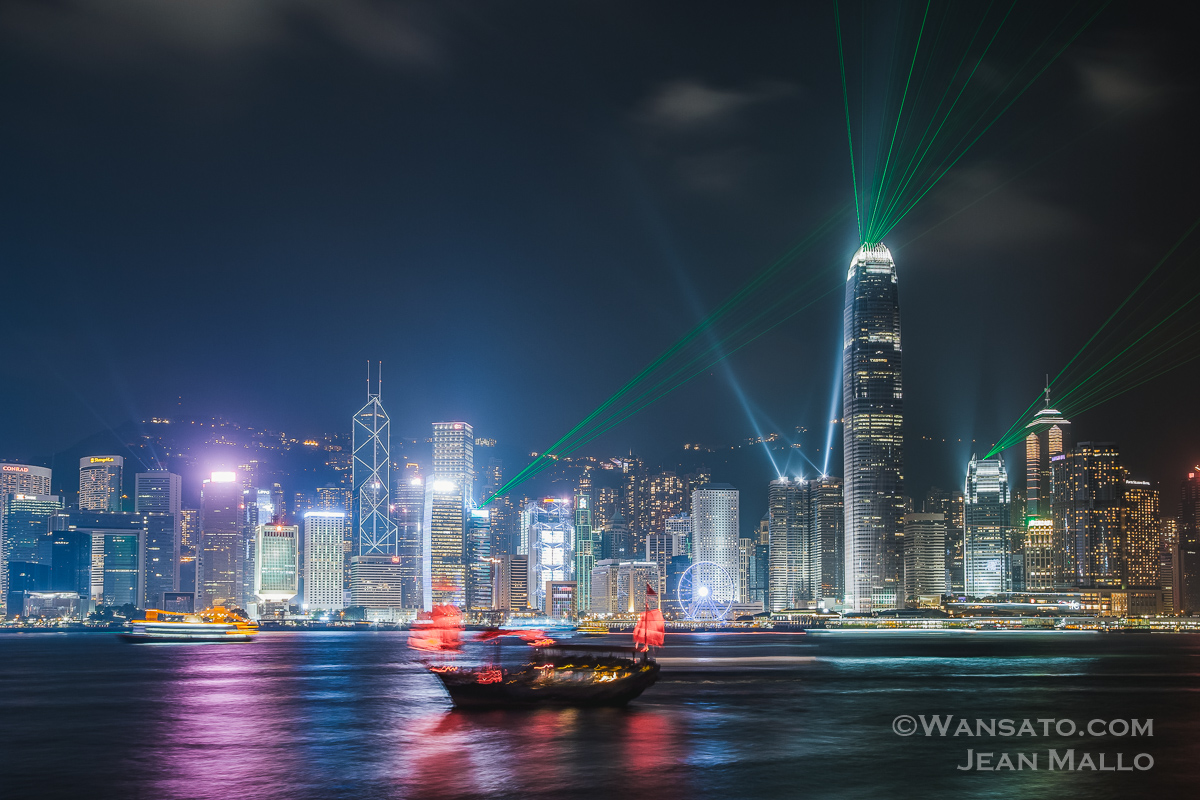 Hong Kong was the former jewel in the British crown and the gateway to the vast empire of China. Originally a simple fishing port on the eastern bank of the Pearl River, the city nicknamed the “Perfume Port” is today a city with a subtle blend of British and Chinese culture.

kyscrapers are everywhere, wherever you look. You have to look up to the sky to leave the metal forest and find a patch of bluish color. Only a few rays of sunlight reach the streets below from the canopy, bouncing off the endless glass surfaces. Only around noon does the sun directly reach the darkest parts of the city. In some streets, small shops are lined up next to each other in an infinite mosaic of colors and advertising signs. An anarchy interspersed with huge boulevards where the very popular buses and double-decker streetcars circulate.

Hong Kong is undoubtedly one of the most densely populated cities in the world, a victim of its success. However, the sprawling steel and concrete jungle does not spread everywhere. Around Hong Kong, in the New Territories, small fishing villages remain as well as a relatively wild area, with its beaches, hills and forests, etc. Places that most tourists do not know, because they are quite far from the city center. You have to stay several days to really enjoy the other side of Hong Kong, wild and rural. Like little secrets that only the local population knows. The soul of Hong Kong lies in these places, and it is not difficult to imagine how the city used to be thanks to these “hidden” places. Unfortunately, the appeal of the new areas is growing as Hong Kong Island is overcrowded, and they too are being squeezed out year after year by taller high-rise buildings.

Every night at 8 o’clock, the world’s largest permanent sound and light show is organized in Victoria Harbour. For about ten minutes, the show illuminates the entire city with a thousand lights, giving the jungle of skyscrapers a certain charm at last.