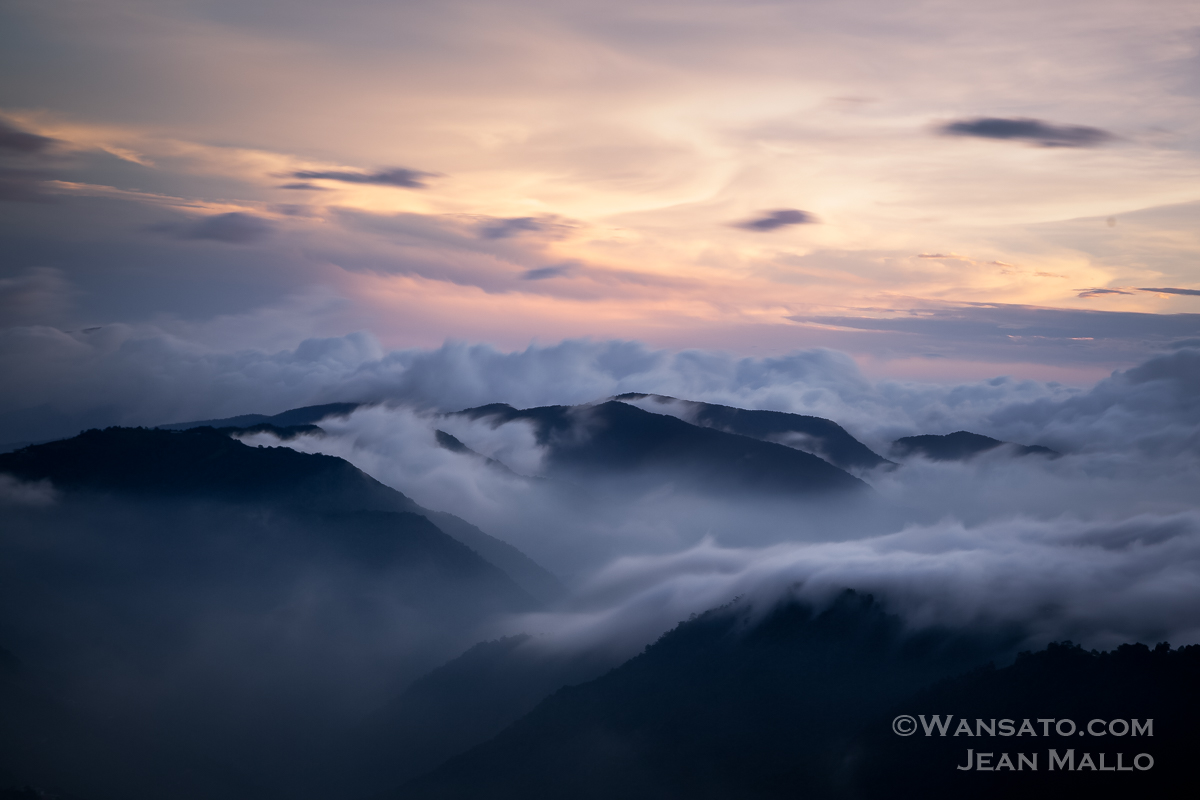 From the Pacific coast to the peaks up to Wulin, Route 8 (and 14) is a pleasure to discover the beauty of Taiwan’s mountains. It is 190km long and is best known as the entrance to the famous Taroko Gorge.

ualien region, at the gateway to the Pacific Ocean. The endless cliffs fall steeply into the turquoise blue waters of the ocean. It is already hot and humid on this beautiful morning. The air is heavy, humid and the sun is raising the temperature rapidly above thirty degrees. From time to time, a small breeze from the ocean brings back a little coolness.

In front of us is a small queue. Holidaymakers eager to have their picture taken in front of the iconic Chinese gate announcing the entrance to the Taroko Gorge. In a style that is almost identical to that of the mainland, the Taroko Gorge Gate is representative of the Sinicisation imposed on Taiwan in art, society and architecture. The construction of the road began in the 1950s and required more than five thousand daily workers. Finally, in 1960, the central cross-island highway was completely finished and opened to traffic.

Behind the beautiful gate, a few cars and minibuses are already rushing along the narrow road, which disappears in the distance in a first tunnel. It is only ten o’clock in the morning, but there is already traffic. The first buses arrive from the coastal town of Hualien, half an hour away. After a small souvenir photo, we also decide to take the road. It is better to leave early to avoid too many people. The small road is winding and lies on the side of a mountain, wedged between two cliffs. We enter the famous Taroko Gorge. The gorge, besides its hundreds of meters high sides, the gigantic marble rocks and the beauty of its landscapes, is also famous for the rich history of the aborigines who live in the area.

The Taroko tribe, for whom the gorge is named, is a sub-group of the Atayal aborigines. Also known as the Truku, they have settled for centuries on the terraces of Boluowan, ‘the echoes of the canyon’ in the Taroko language. The small Boluowan Museum is dedicated to the Taroko and traces their traditional way of life in Boluowan. In traditional Aboriginal society, the men’s main activity is hunting and the women are known for their expertise in weaving.

The Aborigines of the region are also known for their tattoos. The custom of tattooing has a special significance in traditional Taroko culture. When each Taroko is about seven or eight years old, he or she is tattooed on the forehead. The tattoo is a symbol of the maturity of the boy and girl and their ability to start a family. The tattoo is not only a symbol of beauty, but also a passport to return to the ancestral land of the deceased, proving that he or she has passed the strict test of adulthood and can be allowed to cross the Bridge of Souls – Hakaw Utux – to join the ancestral spirits.

After conflicts with the Japanese such as the Truku War in 1914 and the Wushe incidents in 1930, they were forced by the Japanese to leave Boluowan in 1934 and settle at the entrance to the gorge. A small museum and a hotel, the only one allowed in the national park, remain in Boluowan today.

We continue our ascent. We take advantage of a small stop in the small village of Tianxiang to refuel with sweets and water, because once in the mountain, restaurants and other mini-markets will be rare, even non-existent. Once past Tianxiang, the road is deserted. There are no buses or cars. And above all, no more traffic jams. We are alone facing the mountain. The vegetation starts to change in the surroundings. At first tropical and dense, the vegetation slowly changes and we see more and more pines, conifers and other mid-mountain vegetation such as the Chinese spruce.

In the car, we look at the outside temperature indicator: 21°. When we open the windows, the cool air rushes into the car. It’s as if someone had turned on the air conditioning in the mountains. What a change from the humid and muggy air when we left this morning! At the side of the road we see monkeys. We ride at a walking pace. Most of them go away behind the security fence, but one mother, with her baby clinging to her belly, suddenly jumps onto the window sill. Then, with a flash of lightning, she shows her teeth and tries to grab our handbag. We quickly close the window and make big gestures to scare her away. It took less to make her leave. The runaway did not get what she came for. But we are not sure who was more afraid of the altercation.

Wulin, the roof of Taiwan

On the map, despite the small distance as the crow flies, the lassos and curves of road no. 8 make the journey endless. After several hours of driving, we pass the giant tree named Bilu. We stop for a coffee, admiring the thousand year old tree standing proudly in front of us. At over 3,000 years old and three and a half metres in diameter, the giant Bilu tree does not go unnoticed. In the distance, we can see the peaks of the surrounding mountains emerging if they are not hidden by clouds.

We are now already high up in the mountains. The road is as narrow as ever. The precipices of several hundred meters on the side of the road are fascinating and terrifying at the same time. It took a lot of courage and hard work for the five thousand workers to build this magnificent road. The valley bottoms are covered by a sea of clouds in perpetual motion. Finally, we reach its highest point, close to the He Huan Shan mountain and the road n°14.

We will finish our day on the road n°14 towards Wulin, the highest road in Taiwan. The magnificent landscapes of Wulin are sublimated by the weather and the clouds which come to caress the sides of the mountains. The vegetation has completely changed from coniferous trees to high mountain vegetation. On rare occasions in winter, snow makes the landscape even more beautiful. After a day of driving from the Pacific coast to the top of Taiwan, we stay to watch the sunset on the high peaks. The mountains of Wulin have a strange resemblance to the Alps. The only thing missing is the marmots to make us feel like we are back in Europe for a moment.